“How far have you come?”

“Oh then you haven’t read that much yet! The worst is yet to come!”

Fedja Štukan, actor from Sarajevo who is also internationally known, grins. I look at him a little aghast… Even worse than now? I can hardly imagine that. Until now, his life has been anything but “normal”. And now he sits opposite me balanced, as if nothing could shake him. Probably nothing can upset him very easily after all that he has experienced in his life. He speaks calmly and not much, and when he looks at you, you become calm yourself. Still, his eyes are alert those of a hawk and nothing escapes him. He is a good observer – a quiet one – and you can’t fool him. I even claim to have a great respect for him. His energy is so strong that it even scares me a little.

But what is it that makes the book so special? Let’s start from the beginning without giving too much away. It’s war in Bosnia-Herzegovina. Once a young boy, whose greatest wish is to become a pilot, has to go to the front just when the time comes to fulfil his wish. He decides to escape the senseless war by getting himself admitted to a psychiatric ward. It turns out that things are not a bit better there. After his release, he falls for the worst drug: heroin! And if that were not enough – he also comes down with hepatitis C.

I want it all to be a dream

It all began with Brat Pitt

Fedja is one of the few in the country who does not care about the origins of his fellow human beings. What counts for him are justice, peace, respect and above all tolerance. But these virtues are rare after the war. He starts to stand up for them and almost loses his life – health-wise, but also exposed to death threats. But Fedja doesn’t care. He continues to go his way. In all the recent years that we have read in the international press about demonstrations set in motion for the good of the country and its people, he has been the initiator and driving force. He relentlessly narrates how the three ethnic sides use their power to foment hatred among the people. His anger about this is strongly felt in the book. This is also mainly due to the merciless but also honest jargon.

“Brad Pitt asked me to write the book back then,” Fedja explains to me. He knows the Hollywood actor because he played one of the main roles in Angelina Jolie’s film “In The Land of Blood and Honey.” I ask him how long he had been writing the book. Nine years. He keeps his gaze down. It seems to me, even during the conversation, that he is not at all aware of how much his book and the experiences described in it could influence society in a positive sense! He tells me in passing that his work has already been translated into English and is also part of the required reading list at Goldsmiths, University of London.

We talk about life and the afterlife. He looks at me and smiles: “There is no tunnel with light at the end and there is no life after death. At least I haven’t seen it and I’ve been dead a few times …” We talk about atoms and their energy. He tells me about his best friend who unfortunately passed away. His death still bothers him to this day: “I had hoped that in old age we would drink a beer together at sunset. But that is no longer possible.

There is no life after death

I’m still sorry about that.” “He may not be there physically, but his energy is still with you.” He looks at me pitifully, “Yes, his energy may be there, but it is dissipating – so he is not there after all!” In the book he describes how he doesn’t think much of religion. He sees it as the evil of this world. Which he is right about. We agree – there is a difference between religion and faith. There are one or two clergymen whom he respects very much, but he is not a believer in himself.

I read the book within a day and I must unfortunately disagree with Fedja on some points concerning his opinion! Personally, I consider him a true believer because he fights for a just world without putting himself in the foreground. Religion, origin, class are irrelevant. Before we say goodbye, he tells me that he wrote this book for his daughter, who gave meaning back to his hopeless life. He ends the book with the words:

“My life… Surround yourself with people who value their lives. Religion is a cult of death… Those who lead it know nothing about life, let alone death. Death doesn’t hurt… Thank you for being born. I love you.”

You can find the Bosnian edition on Amazon in Germany here* and on Amazon UK here*..

You can also get the English version from Amazon. Either from the German Amazon Store here* or from Amazon UK: directly to the book*.

Blank stands for the sphere outside of space and time, which is full of possibilities. A black emptiness that we carry in our hearts and which is transformed into creative energy that until then was perhaps hidden by the walls of the materialistic world of thought by which we are surrounded. The book is a light at the end of a dark tunnel! Perhaps Fedja did not see this light, but his words have made this source of light visible!

Discover more of the Balkans

My Balkan blog takes you on a journey to the people, culture and history of the Balkans. 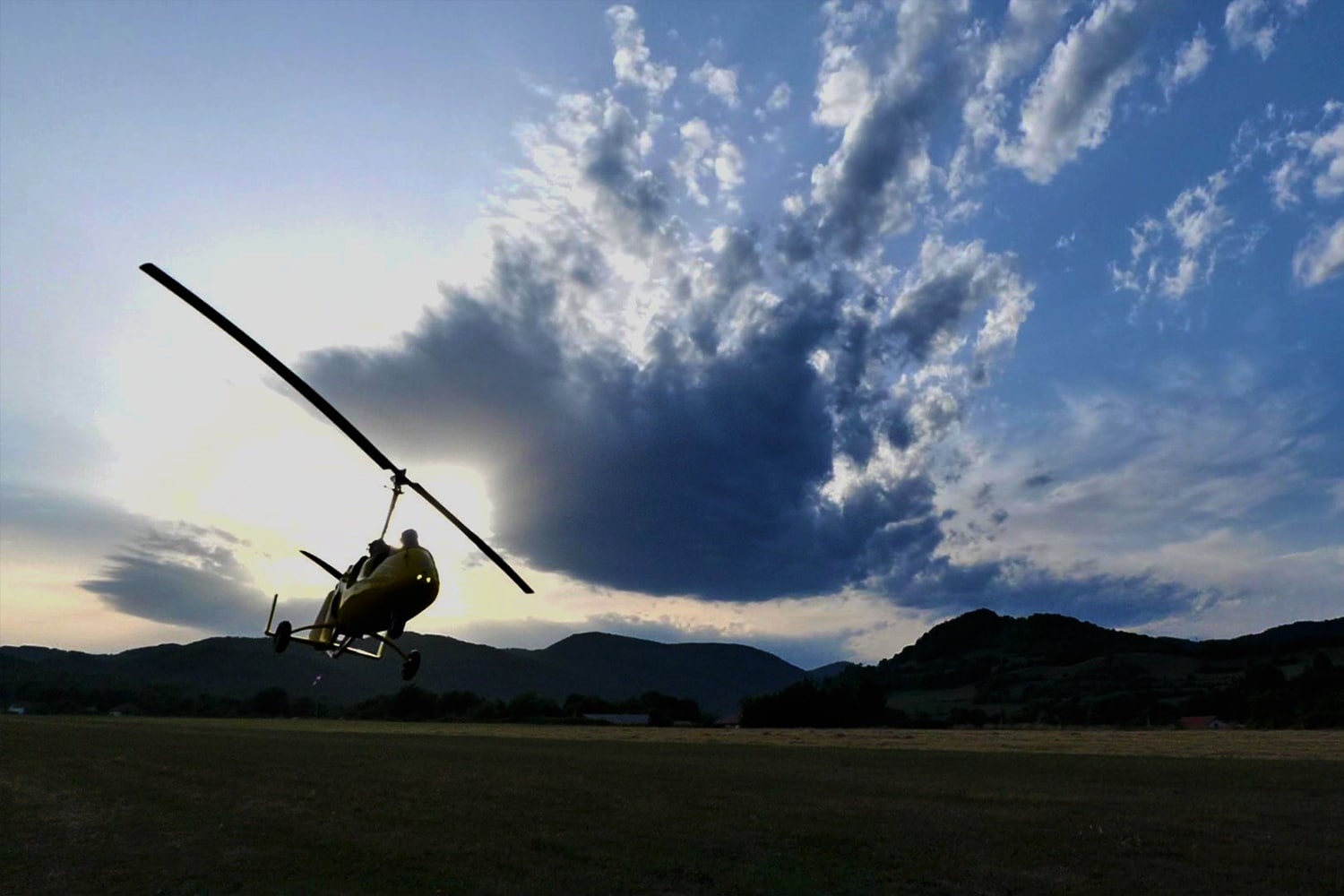 I am in heaven. And crying. Yes, a man actually made me cry. Not to make me sad, but to give me an incredible joy … I am on my way to the Bosnian town 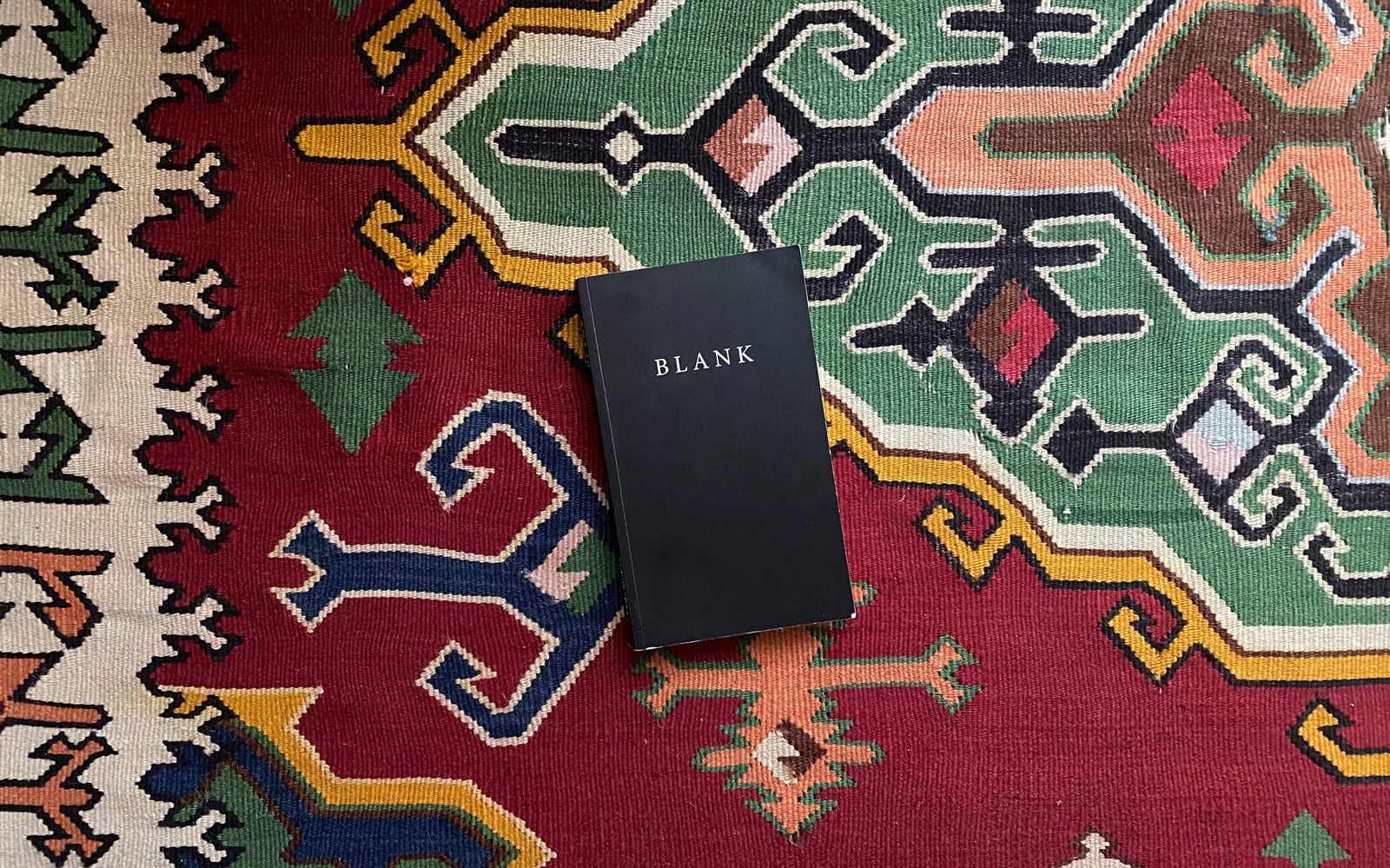 “How far have you come?” “You’re in psychiatry right now,” I reply. “Oh then you haven’t read that much yet! The worst is yet to come!” Fedja Štukan, actor from Sarajevo who is also internationally 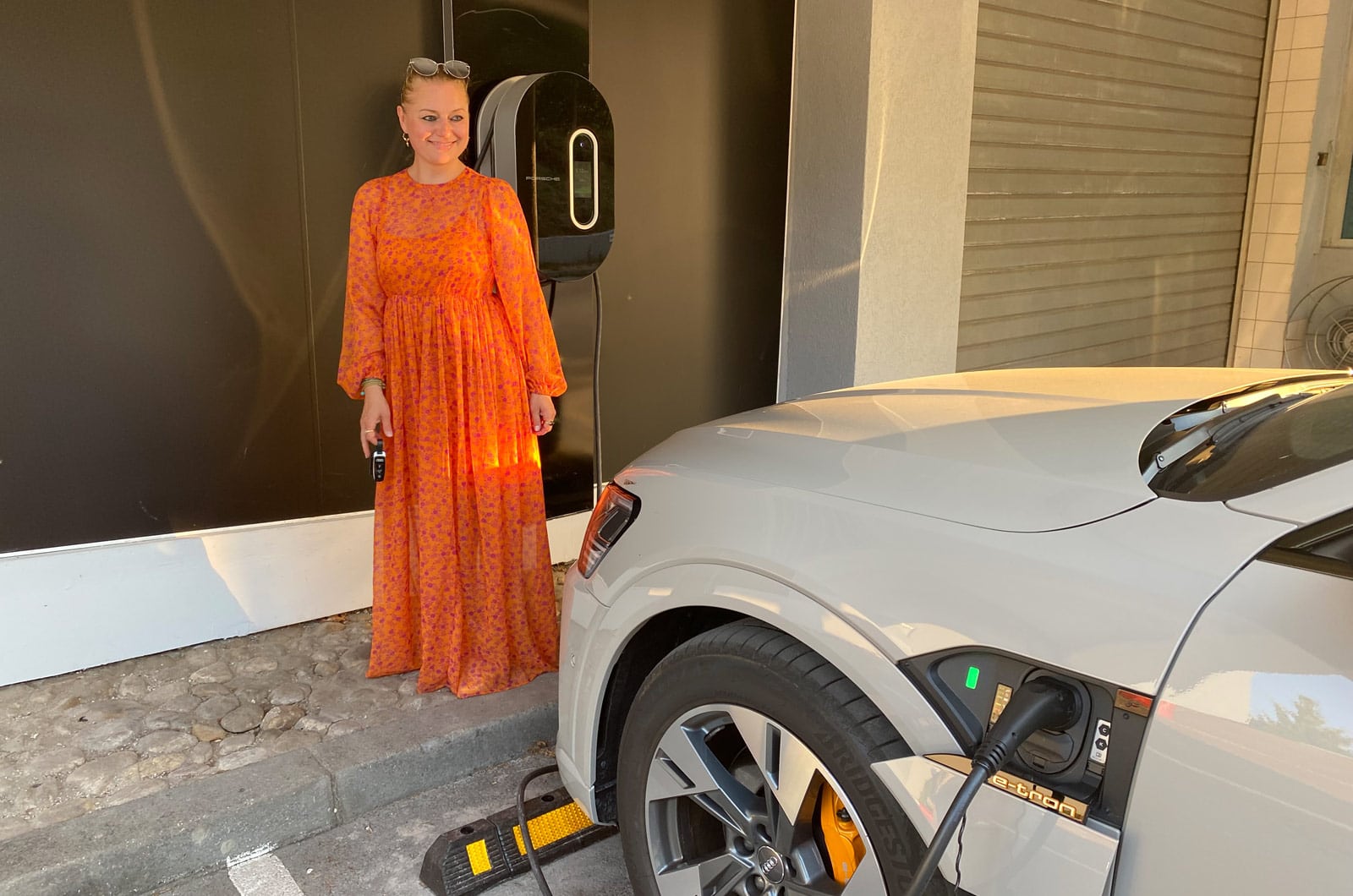 Travelling with e-Cars in the Balkans – Charging in Bosnia-Herzegovina

Yes, you can charge your e-car in Bosnia and Herzegovina and reach all your destinations! This beautiful and unique country is a popular place to visit because of its wild nature that also needs to 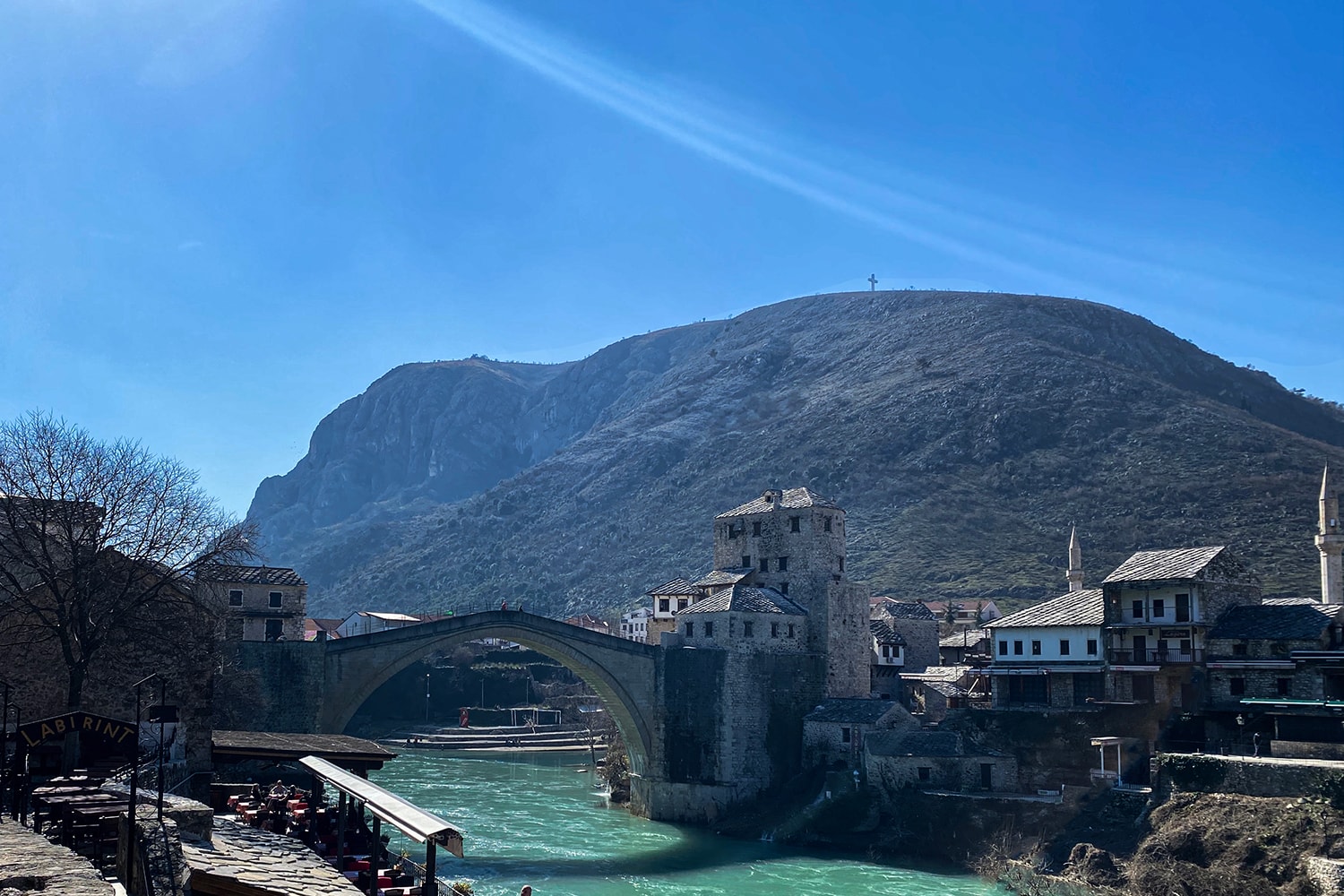 In the shadow of its Croatian and Montenegrin neighbours with their prestigious location on the sapphire-blue Adriatic, Bosnia and Herzegovina long enjoyed a niche existence. The country, in the second row near the coast, seemed 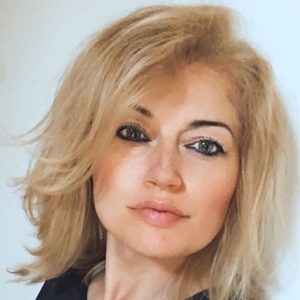 Find a job you love and you’ll never have to work again.” Confucius is right! Already since my childhood always on great journey from Augsburg to Sarajevo this passion for travelling has remained until today. And that although...[more about me]