To charge or not to charge, this is the question

Is it possible to make a long road trip sustainable? I took the plunge and drove the Audi e-tron Sportback 55 quattro 1080 kilometers from Augsburg to Sarajevo alone.

To charge or not to charge, this is the question

Is it possible to make a long road trip sustainable? I took the plunge and drove the Audi e-tron Sportback 55 quattro 1080 kilometers from Augsburg to Sarajevo alone.

My friends laugh when I tell them about my plan. A road trip from Augsburg to Sarajevo – with an e-only vehicle. But I want to take the plunge despite the poor infrastructure of charging stations. If we’re talking about sustainable travel, let’s start with that! Growing up in Germany, I have driven this route with my family at least twice a year since childhood. 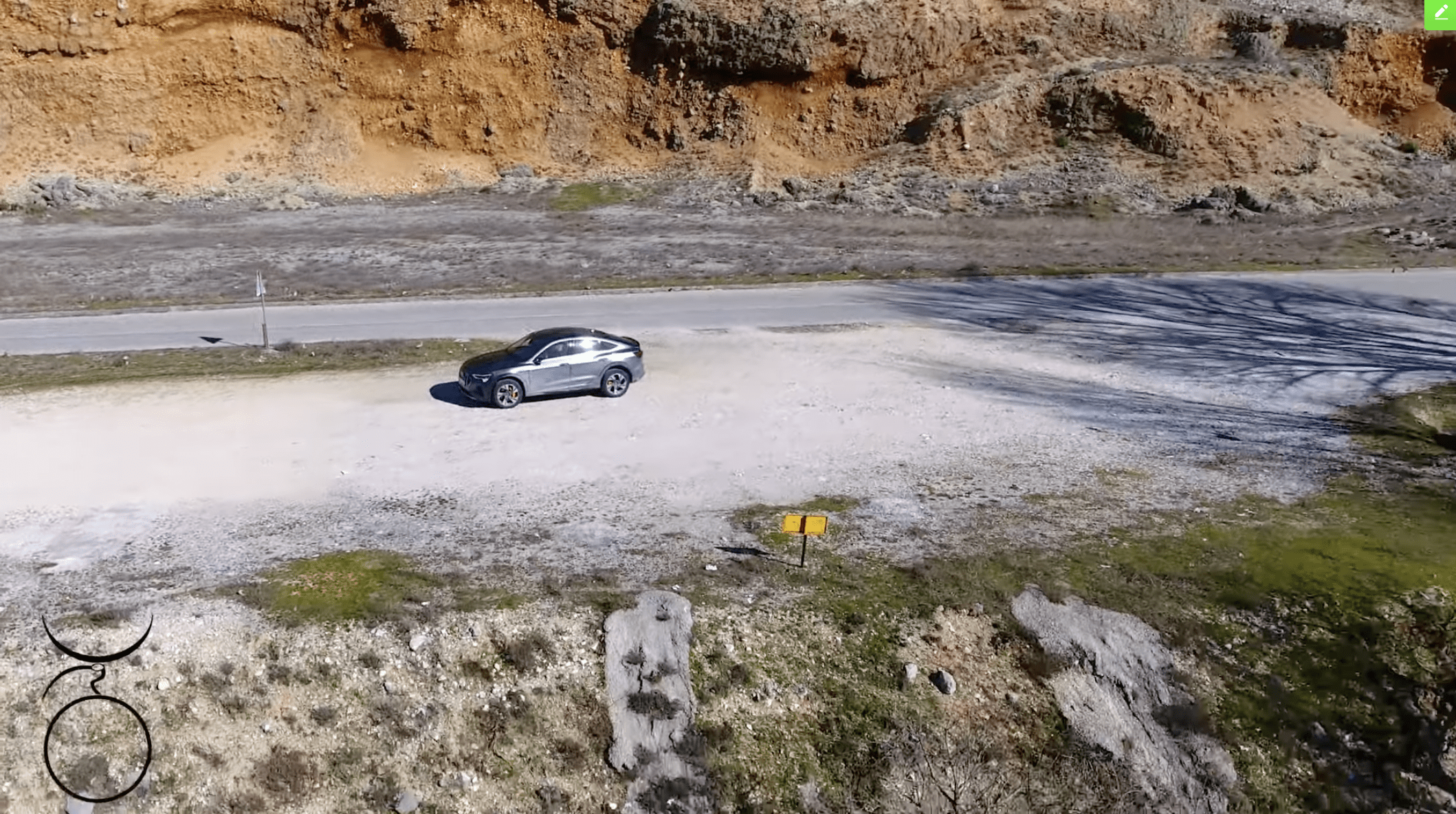 Learn more about this aspect of our privacy settings on this page: Datenschutzerklärung

Alternatively, you can use this link to go to the video provider directly: https://www.youtube.com/watch?v=h5Sybap97xA
To this day, I love traveling to the Balkans, the land of my ancestors.There is still so much to discover there: Nature, history, culinary.

Which car should it be?

YouTube star Christopher from Car Maniac, the e-mobility specialist, gives me a grateful tip: “If you want a challenge and to gain experience, don’t drive a Tesla.” As an Audi fan, I decided to make this extraordinary journey with an Audi e-tron. Sustainable road trip to Bosnia-Herzegovina, to one of the most beautiful winter destinations in the world – Audi liked the story and they provided me with the Audi e-tron Sportback 55 quattro with virtual wing mirrors as a test vehicle.

Off we go - bye-bye Augsburg

One day before I set off on my journey, I meet Car Maniac. He gives me valuable tips and a Juice Booster, the mobile 22kW charging station equipped with every conceivable adapter. On February 14, I leave at five in the morning. It’s minus 11 degrees Celsius. Range with fully charged battery: 280 kilometers. Drive selection is in efficiency mode, cruise control set to 130 km/h. Heating, heated seats and massage function are active. 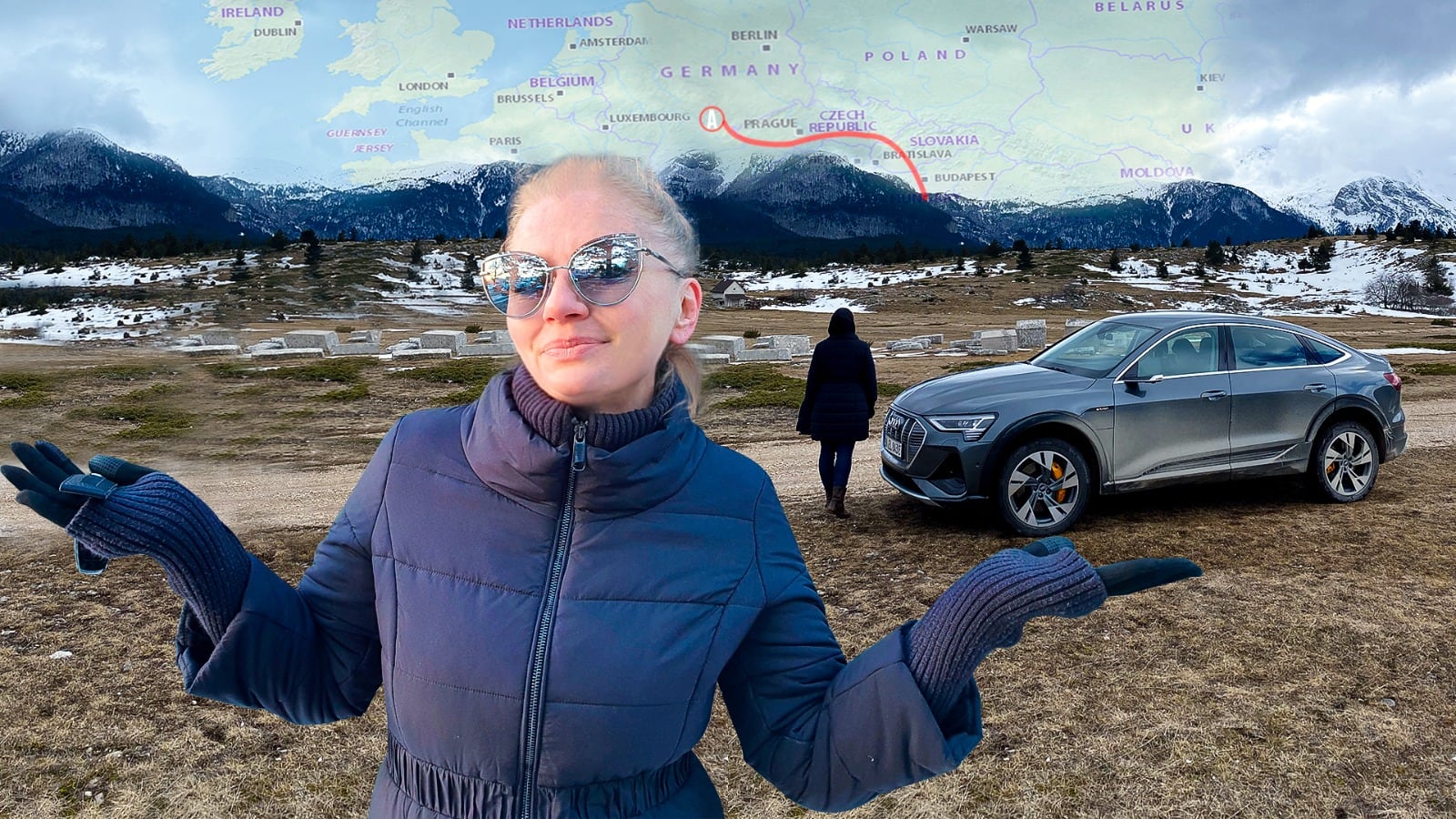 Learn more about this aspect of our privacy settings on this page: Datenschutzerklärung

Alternatively, you can use this link to go to the video provider directly: https://www.youtube.com/watch?v=Lk33-bosb4Q

Charging at the Hyperchargers in Germany and Austria is problem-free. Range on a full charge: 260 to 280 km. Driving is also pleasant, not only because of the massage seats. Thanks to navigation and cruise control, the car thinks for itself.

If the speed limit goes down from 130 to 100, the car regulates everything by itself. All I really have to do is to hold the steering wheel and enjoy the music! I also really enjoy the virtual exterior mirrors. I find them clear and helpful.

In Slovenia, I don’t have to charge at all. Next transit country is Croatia. I have some respect, as the infrastructure for charging stations is not complete. I combine the displayed charging stations from the Audi Navi system with the ABRP app that Car Maniac recommended to me. So I find quite a few DC charging stations along the highway, which are provided by the state for free. From 40% to 100% I need about 1.5 hours. Wonderful to take an extensive break.

I fully charge the battery shortly before the Bosnian-Herzegovinian border. After the border it can become adventurous. I really don’t know what to expect. The Bosnian-Herzegovinian border officials also don’t know what they have in front of them. Especially the outside mirrors, which are not mirrors, are a big attraction for them. “You know, there are many different cars arriving at our border, but we have never seen such a car!”

They ask me if they can take a look inside. When they realize it’s electric, they shake their heads in disbelief because they can’t imagine me driving all the way from Germany. They even worry if I will make it to Sarajevo because they have no idea where to fully charge it. I got  a list from Audi BiH with all the charging stations they have put in hotels nationwide.

Since a full charge won’t last until Sarajevo, I decide to stay in the town of Doboj to charge the car overnight. It took me about 11.5 hours for 900 kilometres to get here. The trip was completely uncomplicated, not to say “boring”. The wallbox charges at 11 kW and takes about six hours to fully charge the half-empty battery. In the morning, the car is ready to go and I manage the remaining 180 kilometers to the capital Sarajevo without any problems.

Vacation and work in Bosnia

The first days I stay at the Residence Inn by Marriott. The elevator takes me down to the underground garage. I plug in the car at the high-voltage socket with the mobile Audi charging station and rest. The next 12 days I will travel the country with a cameraman and colleagues. In some destinations there are hotels with wallboxes and some destinations … Well, we will be creative. The next days we shoot in the mountains. I can charge chilled at the Hotel Hills on the outskirts of the city, which are equipped with two wallboxes from Porsche. The hotel team has also reserved the parking spaces so that one is always free for my Audi. “You are the second guest with an all-electric car,” an employee tells me. That’s why combustion engines like to park here – they just don’t expect an e-car here.

The Audi BiH team is also looking forward to a visit and is equipped with a faster charging station that can be used. I’m not bored – while the car hangs on the charging station, I enjoy drinking my tea and am even allowed to visit their workshop. I have to smile – on the wall hangs the coat of arms of the Free State of Bavaria, the home of our VIP on four wheels.

In Mostar, I can charge at a hotel before we continue to the small historic towns of Stolac and Blagaj. When we arrive at the hotel, the clerk tells me that they don’t have a wallbox. I ask her to have a look again. Together with a colleague she comes back: “We actually have one! Believe me, you are the first to ask about it. I didn’t even know there’s one!” In Stolac and Blagaj we stay in hostels. Both offer me to charge the car overnight at the household socket. I accept with thanks. Thus I can save the trips to the hotel in Mostar. Also a campground lets me charge at their power outlet while we explore the area. No one wants me to pay for it. But I’m happy to tip them five euros. That’s about the price of my charge. While Sarajevo has sub-zero temperatures, Herzegovina is blessed with a Mediterranean climate. The range increases to 390 kilometres! As soon as I arrive in Sarajevo, it drops to 280 km as expected with the winter temperatures.

The adventurous journey back to Germany

Two weeks later, it’s time to drive back to Augsburg. The return trip will be all the more adventurous than expected. I spend the night again in Doboj to fully charge the car overnight. For the return trip I have chosen a Sunday, since I hope for little traffic and above all hardly any trucks. Around two o’clock in the afternoon I start my journey. My first charging station should be Inonity columns in Croatia. When I reach it, it is already pitch dark. Four columns stand there, but none is functional. The lady at the gas station can’t help me: “We only lease the land to the manufacturers, we have nothing to do with the columns,” she explains. I drive to the nearest DC station and spend almost two hours there.

At the Bosnia-Croatia and Croatia-Slovenia border crossings, I lose about five hours of time. With so many travellers I simply did not expect in the off-season incl. pandemic. Slovenia, the greenest country in Europe, is full of charging stations! A luck! But I rejoiced too early. No matter at which one I stop, and it is already two o’clock in the morning, I can not charge. The columns do not accept my RFID card. Well, then I download the app, log in. But even then it doesn’t work. I run again to the gas station to ask and get the same answer as in Croatia. The land is only leased to the provider, however several people from outside complained that they would not work. I have a problem now. 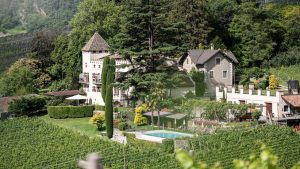 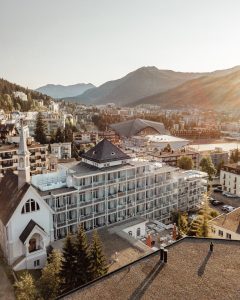 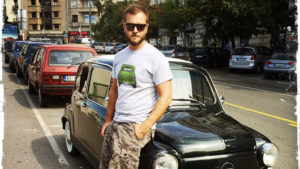 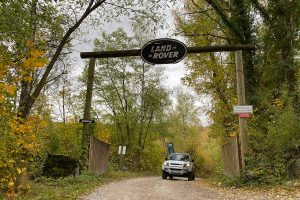 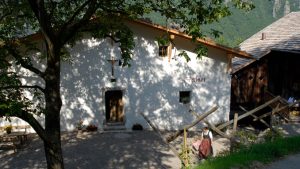 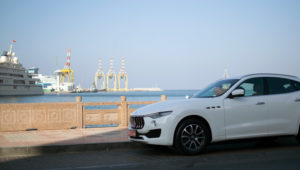 With just eight percent juice in my battery, I won’t make it to the next Hypercharger. It is four o’clock in the morning in Ljubljana now. I call the Radisson Hotel and ask if they have a wallbox: “We have a destination charger from Tesla, but I don’t know if it works. Feel free to come by and we’ll just try it!” It works. But the disillusionment follows immediately – it charges with 7.5. kW! I spend about three hours in the underground garage and try to sleep a little. After all, I am already 13 hours on the road. With the charge I just make it to the Hypercharger at the Slovenian-Austrian border.

If all else fails – I still have the Juice Booster. So I’m completely relaxed. Proudly they stand there, the four graces of Ionity. The first one doesn’t work, the next two don’t work either. I park the car again to try my luck at the fourth column. The longed-for “connects” lights up! In 35 minutes the battery is fully charged. The remaining 600 kilometres go off without a hitch again. After 27 hours I arrive in Augsburg. I am exhausted, but also happy. I have made it!

My conclusion on the trip with the Audi E-tron

Despite good preparation and organisation, one cannot trust that everything will run smoothly. The infrastructure is still too weak in some areas and the promised functionality is not always given. But the advantages outweigh the disadvantages and therefore I would always make the trip again with the Audi e-tron. Reporting on my road trips is my passion. It is a fact that we have to do without familiar ways of life due to climate protection and for our future generations. And I am happy to do so. But doing without does not mean losing anything. We can even gain! E-mobility is still in its infancy, and yes, not everything is ideal here either, if you think about the production and recycling of ion lithium batteries. But it is a better alternative. And one point is crucial. Electric vehicles make us independent of petroleum, which is now in limited supply. Electricity is accessible to everyone. Now we just have to make it clean.

My conclusion on charging prices

Effectively, you don’t save money on charging. On the contrary, it could be even more expensive than with a combustion engine. But in the long run, an e-vehicle definitely pays for itself, since a trip to the auto service is hardly necessary.

It feels good that the popular long road trips can also be done sustainably. I love the silence of the car and the comfortable ride. Also the reactions of the people are priceless in a positive sense. They call me brave or crazy. But their reactions are always admiring. I myself was not aware of it, but even men in the Balkans confess to me that they would not have the courage to drive this route alone, and find it wacky that I dared this adventure as a woman. In my case, it was not courage that drove me to do it, but curiosity. Wasn’t it Bertha Benz, Carl Benz’s wife, who undertook the first long journey of 106 kilometres in 1888? She did it without her husband’s knowledge because he doubted the function of his self-developed vehicle. No pain, No gain. This is true for a woman as well as for a man.